As an avid fan of classic films, one would think I would have discovered silent movies, long before I finally did. However,  as someone who loves the nuances of language and appreciates great dialogue, I was under the mistaken impression that a silent picture couldn’t possibly hold my interest, especially for the length of a feature film.

God bless Buster Keaton, because he was the one who finally broke through the prejudices I had formed.  Fortunately, my affinity for comedy was too great. I took a chance on this legendary comedian and watched his much praised film The General. I was enthralled and began to seek out all of his films I could find. This led me also to discover the other two comedians of the silent film comedy triumvirate, Charlie Chaplin and Harold Lloyd and then the genius shorts of Laurel and Hardy.

My first memorable experience with a silent romantic drama was Frank Borzage’s Lucky Star. I was dazzled by the narrative, the performances of Janet Gaynor and Charles Farrell, the cinematography. The fact that I could sit spell bound for almost two hours was proof that despite their differences from “talkies” silent films were just as powerful a story telling medium and just as addicting in entertainment factor.

Since then, I have continued in my personal discovery of silent films. I’ve sought out those by actors whose sound pictures I love, and also those whose popularity and success was greatest in film’s early decades. I’ve mostly watched silents featuring those with star power behind them; names like Norma Shearer, Pola Negri, Mary Pickford, Rudolph Valentino, Greta Garbo and John Gilbert among others. I’ve discovered pictures I love and those I didn’t (I’m looking at you Salomé and Battleship Potemkin).

I’ve learned a new appreciation for this art form that changed significantly with the advent of sound. And yet even now, I still sometimes find them  intimidating, especially the longer ones. Which is why I’ve only recently watched The Big Parade and Wings and still haven’t seen most of Lillian Gish’s most successful pictures. But whenever I bravely venture back into the world of silent films, I’m rarely disappointed.

To celebrate this overlooked and oft misunderstood period in cinema, I want to share with you some of my favorite and more memorable discoveries; from pictures to actors and even a director.

The Conquering Power (1921) – When discussing Rudolph Valentino pictures, this is rarely the first one people mention. And yet, the impact of the story and the visual it created has remained with me. Adapted from a story by Honoré de Balzac, it explores the impact of greed in a very effective way. There is a scene in which the miser of the tale is tormented by the gold he hoards, that has a very Scrooge-like feel, and is extremely memorable.

Show People (1928) – After hearing about the comedic talent of Marion Davies, this is the first time I really saw what all the fuss was about. I also learned that I vastly preferred her silent films to her talking pictures. This was also my first experience with William Haines and I found myself utterly charmed by him. Overall, this parody of Hollywood behind the scenes is a little bit of truth wrapped in a lot of comedy.

Why Be Good? (1929) – This is such a great example of why it is vital that the search for and restoration of lost silent films continues. Without which, people like me would completely miss out on discovering the once popular stars and pictures of that era which would otherwise be forgotten. Colleen Moore was considered a symbol of the time, a flapper and good time girl on screen. Her energetic but well-balanced performance in this movie is the perfect encapsulation of her popular image.

Souls for Sale (1923) – There are many films which depict life behind the scenes in the movie industry. In my opinion, this is one of the better ones, mostly due to the performance of Eleanor Boardman, another under appreciated actress who retired much too soon. As the star of this story, she was gifted the opportunity to show the range of her talent as an innocent but ambitious woman who dreams of being an actress. This picture also made me re-think my previous unflattering opinion of Richard Dix who I had only seen in talking films before this. Many of Hollywood’s popular silent stars also pop up in cameos, making this feel like a true slice of Hollywood history.

The Big Parade (1925) – Oh my gosh! This well-regarded WWI drama starring John Gilbert and some time screen partner Renee Adoree totally “knocked my socks off.” I had long labored under the impression that its subject matter and length couldn’t possibly keep my attention.  This picture knocked a big blow into my personal prejudice. Not only did it make a star of out Gilbert, but it also caused me to become a devoted fan. It displayed his talent at both comedy and drama and also gave viewers a more realistic glance at the life of a soldier in war.

The Single Standard (1929) – I’m always hesitant to admit that I am not a Greta Garbo fan, despite having seen many of her films. Even her pairings with Gilbert, as passionately intense as they are, failed to win me over. However, I felt differently watching her in this drama about a woman looking for love. There is something that just feels more alive, more real about her performance. And of course, I was completely mesmerized by Nils Asther who not only gave a good performance himself, but looked like a Scandanavian god while doing so.

Lucky Star (1929) – As I mentioned above this was the film that really turned me on to silents and made me start actively seeking them out. One of Frank Borzage’s three films with Charles Farrell and Janet Gaynor, this triumverate, created aching beauty together on screen. Borzage really draws out the pathos, the emotions that Gaynor and even Farrell were capable of portraying onscreen. And even as the transition to talking pictures was already under way they provided this stunning example of silent film as an art form at its’ height.

Sunrise (1927) – Another film starring Janet Gaynor, this time directed by the acclaimed F.W. Murnau.  Gaynor’s performance of the loving but neglected and forgiving wife proved to me once and for all what an underrated talent she is. The artistic direction of Murnau was also an unparalleled experience for me and for the first time, I felt like I was seeing museum quality art on screen.

Where Are My Children? (1916) – As a fan of Tyrone Power Jr. I was curious to check out one of his father’s films for comparison’s sake. The fact that his mother also starred was an added bonus. I was totally unprepared for the stunning impact this particular story would leave with me. Perhaps because of the uncredited direction of female director Lois Weber, this early look at the moral argument regarding abortion felt both very current and confrontational. The final scenes were so haunting, I still remember them years later.

Linda (1929) – I’m not sure why this film had such an impact on me. Perhaps it was the simple story of a girl who marries a good man that she does not love. Or maybe it is the solid acting by a cast of lesser known names.  All I know is that it was a sweet, tender and heartbreaking experience that has stayed with me. 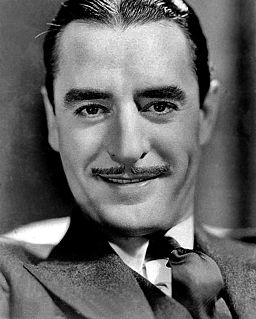 John Gilbert – Gilbert is a newer obsession with me. I think my first experience was with his talking pictures, which don’t adequately display his charisma and charm. I first explored his silent screen pairing with Greta Garbo which crackle with electric chemistry. But it wasn’t until I started venturing into his other silent films pre-Garbo that I fell hard for this tragic star.  For me, Gilbert is an appealing mix of the manly magnetism of Clark Gable blended with the athletic joie de vivre of Douglas Fairbanks. But he also proved himself adept at more dramatic, tragic roles. Which is why I can’t help but love him. 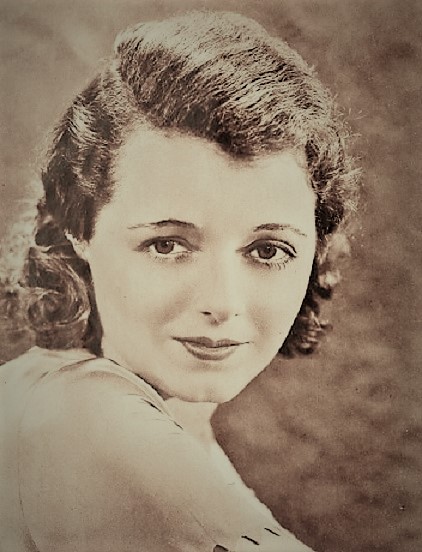 Janet Gaynor – Though she didn’t really have her break out role until almost the end of the era, she certainly left her impression on it, thanks mostly to her appearance in F.W Murnau’s Sunrise and Frank Borzage’s films Seventh Heaven, Street Angel and Lucky Star (all of which I’ve seen). Gaynor had a special knack for wringing out the heart strings thanks to those big doe eyes which displayed her inner turmoil and anguish. If there is a non-comedic female version of Charlie Chaplin, Gaynor is it.

King Vidor – I didn’t know I had a favorite silent film director until I started looking at the common thread of most of the early movies I love best (many of which are listed above). It turns out the majority of them are his. And while he continued directing regularly into the 1950’s, I believe his earlier work is his best.

This post was originally intended for a 1920’s centenary film blogathon hosted by Maddy Loves Her Classic Films. Unfortunately, her website no longer appears to be available. So in honor of Maddy, I decided to post this anyway. I always loved reading her insights into classic film and I hope that she returns online soon.

I love stories. Whether I find them in their common form of books and movies or in the less common of a picture, family lore, music or travel. Everything and every place has one and this is my place to celebrate that.